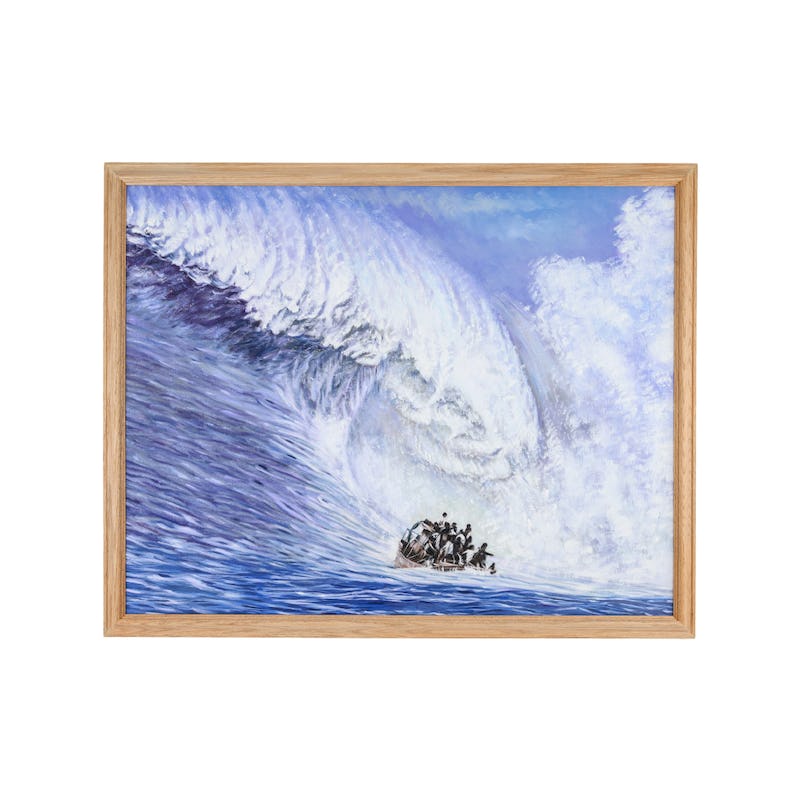 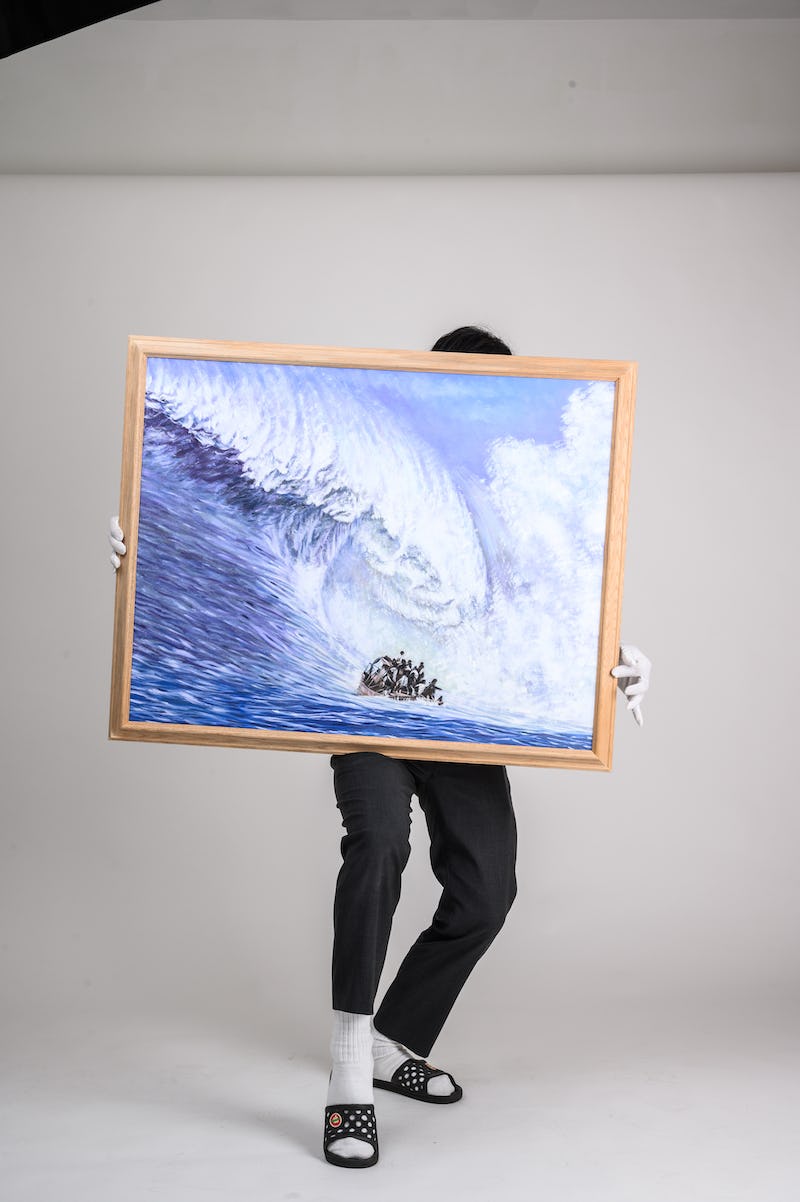 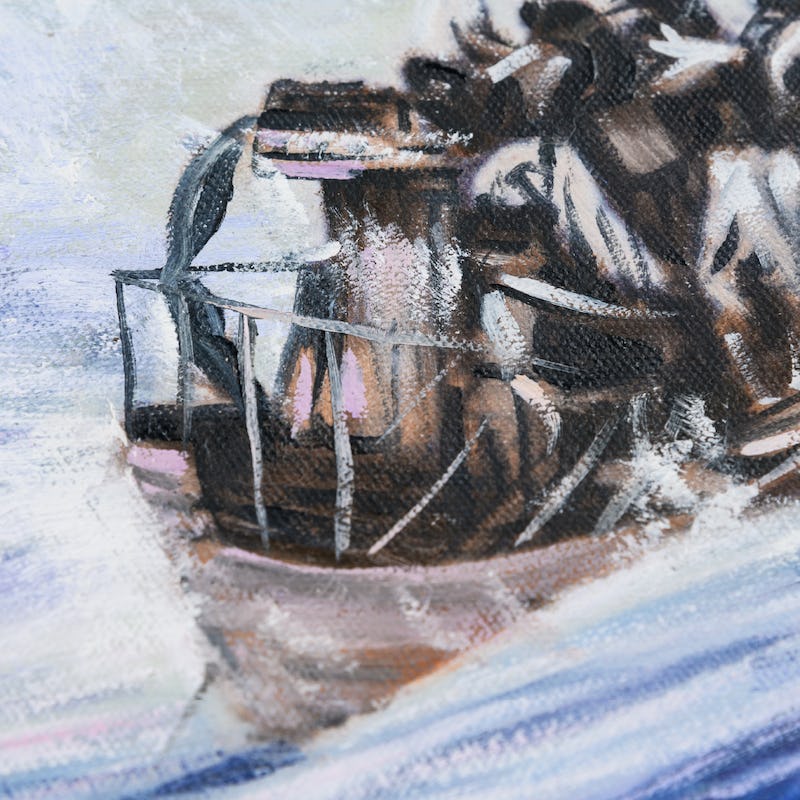 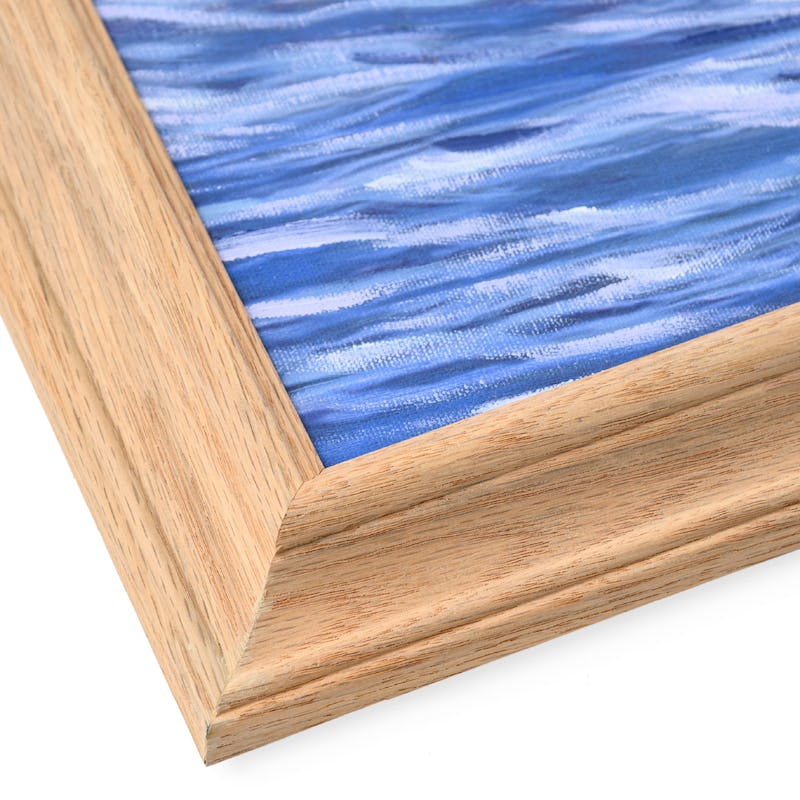 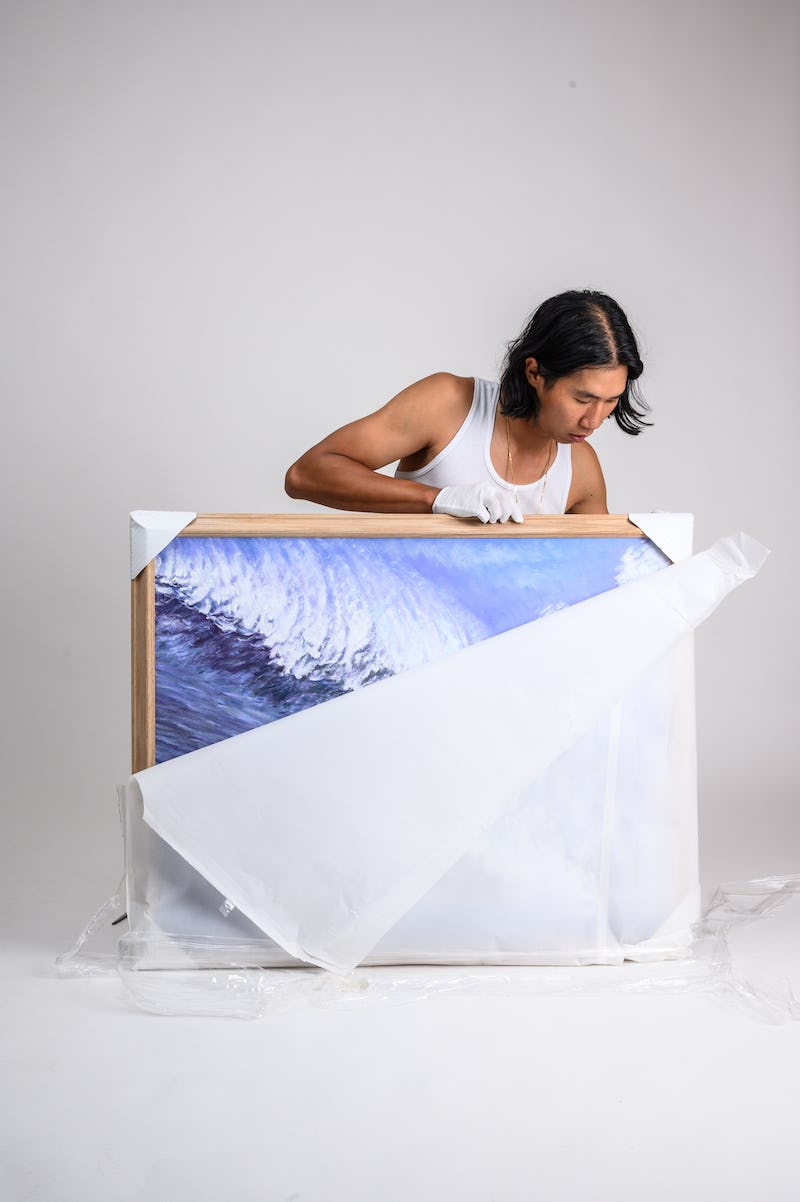 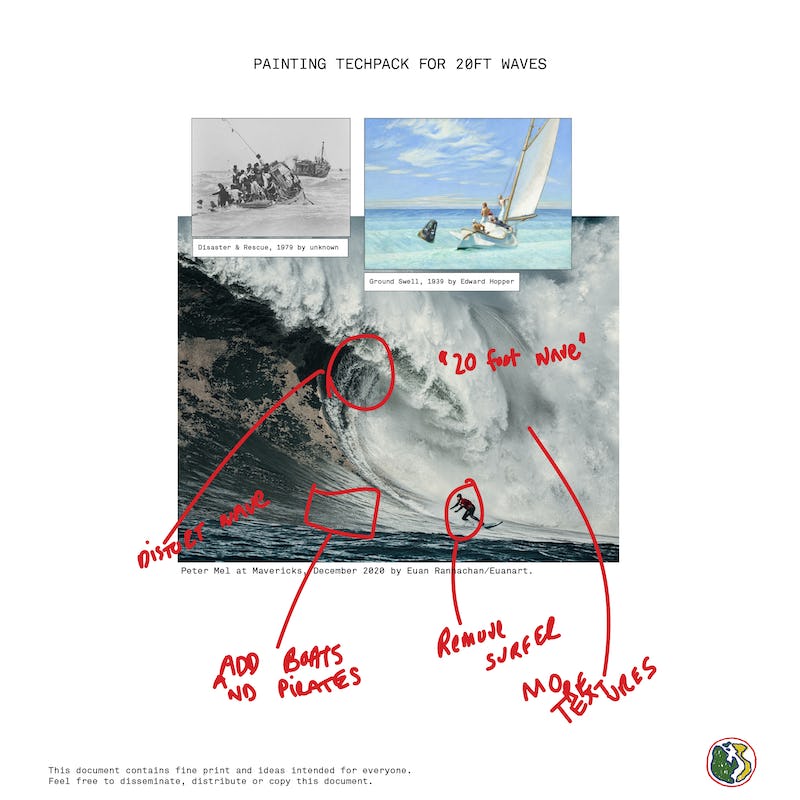 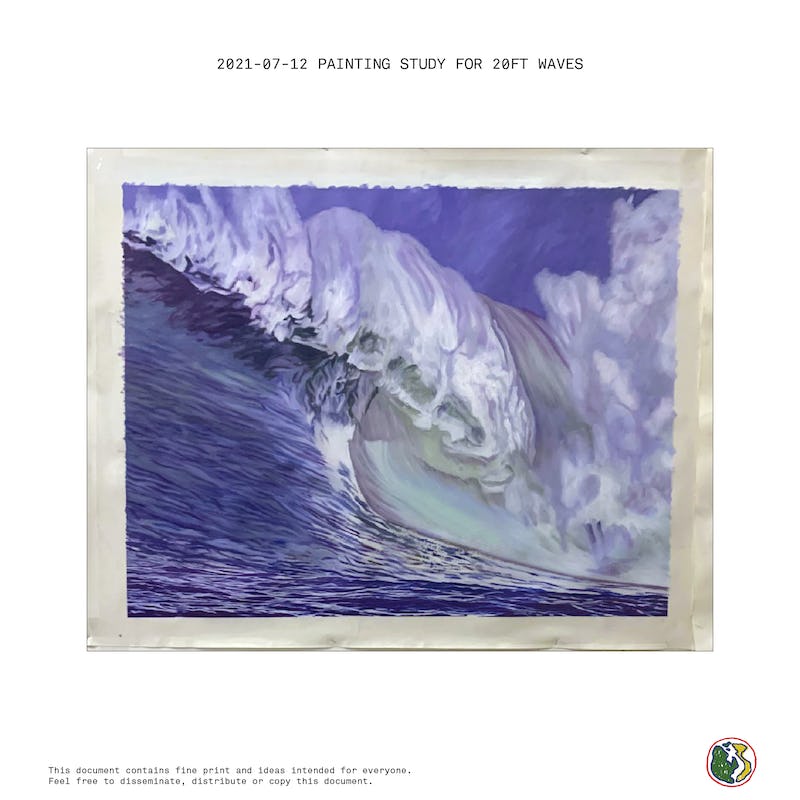 “All wars are fought twice, the first time on the battlefield, the second time in memory.” - Viet Thanh Nguyen

‘100ft Waves’ was one of the first renders I wanted to get out of my mind and into a painting. I wanted some big big waves that made you feel like you were about to get goodbye’d and I wanted to feel like you were right there in the mix. Often in photos of the Vietnamese boat people, the images are taken from above, from a naval ship coming to the rescue. I wanted to depict the moments that happened before any rescue, before the thought of any rescue. After a lot of YouTube Russian naval ship GoPro videos, I ended up getting into big wave surfing videos, the basis of this image is a wave at Mavericks Beach, California.

Anyway, I showed this painting to a friend of mine who is in the Naval Reserves and he told me that my image was almost impossible in open sea and what I was likely describing was a swell because for a wave to form like this it would have to be because of this, that, and the other. I said – ok perf.

When I showed it to my mom she was like, WOW that’s like what I went through, but – it’s not realistic. I said… ok perf.

There are moments that occur in this project that I can’t predict – the chat slide has a snippet of the conversation I had with the painter who was painting the actual image. Honestly incredible. I’m excited for anyone who is able to come see this in person.

Painted in Vietnam, framed in Montreal